A number of big-name PS5 games are set to come to PS4 as well – with Sony confirming that Spider-Man: Miles Morales, Horizon Forbidden West, and Sackboy: A Big Adventure would all come to the current-gen console as well as its next-gen successor.

It’s a shocking move from the PlayStation manufacturer, given how much Sony has stressed the important of PS5 exclusives – even if that meant they wouldn’t come to PS4. Comments in the past year over exclusivity led many of us to believe that these flagship games wouldn’t be coming to current hardware, and it’s a huge relief to hear that won’t be the case.

In a press release, Sony Interactive Entertainment CEO Jim Ryan confirmed the games would be coming to PS4:

“We know that the PS4 community will transition to PS5 at different times, and we’re happy to announce PS4 versions of some of our exclusives. Marvel’s Spider-Man: Miles Morales, Sackboy A Big Adventure, and Horizon Forbidden West will also launch on PS4.”

Ryan went on to explain how the PS4 versions will upgrade to their respective PS5 versions of these games:

“While these three games were designed to take advantage of PS5 and its unique next-gen features like the ultra-high-speed SSD and DualSense controller, PS4 owners will also be able to enjoy these experiences when they launch. The PS4 digital versions of launch games include a free upgrade on both PS5 consoles, while the PS4 disc versions of these games include a free upgrade on the PS5 with Ultra HD Blu-Ray disc drive.”

Oh, what a night

Sony’s PS5 live stream event certainly didn’t disappoint, with the much sought-after price and release date info finally being announced to the world.

The PS4 game announcements didn’t come in the live stream itself, but a follow-up press release, presumably to keep the focus on PS5 software only. But it does feel like a bit of a U-turn from Sony – a concession, perhaps, towards the cross-platform, cross-gen experience pursued so aggressively by Microsoft across Xbox Series X and Xbox One, or Xbox and PC. 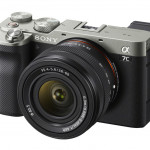 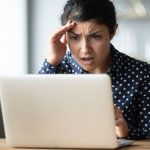 Don't miss a deal at Mobiles
Best offers at Brian Tracy
Discounts, Sales and Deals at The Home Depot
Save your money with Carphone Warehouse
Online-Shopping with H&R Block
Best products at Ticketmaster UK