With OnePlus phones – most recently the OnePlus 8 – coming with increasingly high price tags to match their strong specs, the title of ‘flagship killer’ which they once held is arguably up for grabs, and the latest phone from Xiaomi looks a strong contender to take on the title.

The newly-announced Poco F2 Pro comes from Xiaomi’s sub-brand Pocophone, which previously put out the popular Poco F1, and it’s sporting some top-notch specs, but without a top-end price tag.

That looks pretty affordable, but those converted prices might not be exact when the phone goes on sale in other regions, so we’ll need to see the final pricing before labelling it a ‘flagship killer’ for sure.

According to Xiaomi the phone is coming to the UK later this year, and it’ll possibly come to Australia at some point too as the company releases some of its phones there; however, it doesn’t release its devices to the US, so we’d be surprised to see it appear there.

The F2 Pro could go toe-to-toe with the OnePlus Z, a mid-range smartphone that’s rumored to be coming later this year, and which is expected to be OnePlus’ pitch to reclaim its former reputation. Is there space in a crowded field for two such phones? Only time will tell.

The screen itself isn’t broken up by a notch or cut-out – instead the 20MP selfie camera is housed in a pop-up module, a feature that a few brands have flirted with, but which has yet to really take off.

The chipset here is a Snapdragon 865, which is the top-end processor available to Android phones right now, and an indicator of Xiaomi’s ambitions for its sub-brand. There’s also 5G connectivity, and a 4,700mAh battery with 30W fast charging.

So the Poco F2 Pro certainly looks like it could potentially be a flagship killer – we’ll bring you our verdict as soon as we’re able to review the phone, so stay tuned. 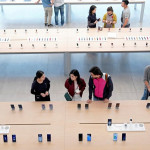 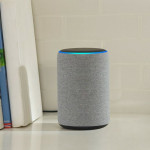 Don't miss a deal at EE Mobile
Best offers at Groupon
Discounts, Sales and Deals at O2 Mobile
Save your money with Virgin Media
Online-Shopping with John Lewis
Best products at Boohoo