Xiaomi has finally launched the Snapdragon-powered Redmi Note 3 in India. Prices for the smartphone start from Rs ___, and it goes on sale exclusively via __.

After announcing its intentions last month, Xiaomi has finally launched the Redmi Note 3 today in India. Unlike the MediaTek-powered Redmi Note 3 launched in China last year, the variant launched today is powered by Qualcomm’s Snapdragon 650 chipset. Prices for the smartphone start from Rs 9,999, and it goes on sale on March 9 via mi.com and Amazon India.

Price and availability: Xiaomi has launched two variants of the Redmi Note 3 today — 16GB and 32GB. The 16GB variant is priced at Rs 9,999, while the 32GB variant is priced at Rs 11,999. These prices are in line with what we reported last month. The Redmi Note 3 will go on sale March 9, via mi.com and Amazon India. The smartphone will later also on go on sale on Flipkart, Snapdeal and offline channels.

One of the primary reasons for Xiaomi launching the Snapdragon variant is the ongoing court battle with Ericsson. In 2014, Ericsson filed a patent infringement lawsuit against Xiaomi in regards to its Standard Essential Patents for wireless technology standards like GSM, Edge and 3G. With the ensuing court battle, Xiaomi is only allowed to sell smartphones that are powered by Qualcomm’s chipset.

The Snapdragon 650-powered Redmi Note 3 comes with a 16-megapixel camera, whereas the MediaTek version had a 13-megapixel camera. The smartphone boasts a full-metal body with a curved design, which the company claims makes it easier to hold.

It is also the first smartphone in the company’s portfolio to feature a fingerprint scanner — Xiaomi says it is fast enough to unlock the device in 0.3 seconds. You can also use your lips on the sensor to unlock the device. The sensor can also be used as a shutter button for both front and rear cameras. Another talking point is the hybrid SIM card slot, which lets users either opt for two SIM cards (micro-SIM and nano-SIM) or a single macro-SIM along with a microSD card.

On the photography front, it is equipped with a 16-megapixel f/2.0 rear camera with LED flash and Phase Detection auto-focus support. Up front, there is a 5-megapixel selfie camera with Beautify mode.

Connectivity options include 4G LTE with VoLTE support, Bluetooth, Wi-Fi 802.11ac and GPS. On the software front, it runs on MIUI 7. Xiaomi has also announced that Redmi Note 3 buyers will get free two months Hungama subscription for free. 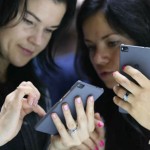 Heavy smartphone use can make you depressed: Study 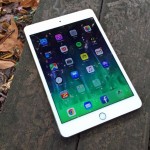 Don't miss a deal at Farfetch
Best offers at Vimeo
Discounts, Sales and Deals at Virgin Media
Save your money with Carphone Warehouse
Online-Shopping with Mobiles
Best products at Sky