Apple’s first laptops and desktop with its custom M1 CPU inside have already proven to be quite powerful and efficient, but they’re at their best with software updated to run natively on the new hardware. Now Firefox is joining Chrome by generally releasing an update that can take advantage of Apple Silicon.

According to Mozilla support, all you should have to do is restart your browser and you’ll see it update to version 84. If you somehow haven’t installed the Rosetta package for backward compatibility, do that as well, as it’s necessary for streaming content from DRM’d services like Netflix, Hulu, Disney+ or Amazon Prime Video. Based on their benchmarking with the SpeedoMeter 2.0 test, the browser “launches over 2.5 times faster and web apps are now twice as responsive.”

That’s on top of earlier speed improvements from version 82 that was released in October, so if you haven’t tried it out in a while and are looking for an alternative to both Chrome and Safari. changes made over the last year should mean it’s more responsive than you remember. If you’re still thinking over a switch to Apple’s latest laptops, read our reviews of the new MacBook Air and MacBook Pro first. 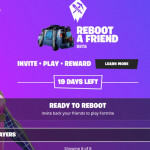 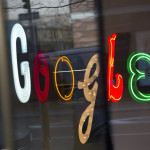 Don't miss a deal at Sephora
Best offers at Microsoft Store
Discounts, Sales and Deals at Argos
Save your money with Surfdome
Online-Shopping with Newegg
Best products at Mobiles