Home » laptops & PC » Intel could have a bad 2020 as PC sales slump, and AMD piles on pressure with its killer Ryzen laptop CPUs
0

Intel is set for a rough ride throughout 2020, at least according to one analyst who has predicted doom and gloom in terms of slumping PC sales, increasing unemployment, and additional pressure from AMD’s excellent Ryzen CPUs.

Gus Richard, a senior research analyst at Northland Securities, penned a research note observing that while Intel has probably got off to a good start to the year with a ‘strong’ Q1 – particularly as hardware manufacturers were buying up chips to stockpile, due to worries about potential supply chain disruption caused by coronavirus – going forward, things look much shakier.

Richard noted that even though there’s another positive chunk of momentum for Intel CPUs and the wider PC market – namely notebook demand from those now working (or studying) from home under lockdown – that this will not nearly offset the negative forces brought to bear by rising unemployment, one of the major economic side-effects of Covid-19 (as businesses all over the place come to a grinding halt and shed staff members).

As Barron’s reports, Richard said: “For consumers who can afford a new notebook it is a discretionary purchase. For those who lost their job, food, rent and utilities come first.”

His prediction is that Intel’s Q2 revenue could drop to $16.8 billion (around £13.6 billion, AU$27.7 billion), which still sounds like a lot of course, but is a clear billion dollars below the current market consensus. And going forward into the second half of 2020, Richard is ‘not optimistic’.

Weak market demand will continue to make its presence felt – we’ve already heard that PC shipments are predicted to be well down this year, and Richard believes we could be looking at a 5% to 10% drop by the end of 2020, which fits in with other views.

As a result, Intel is likely to be suffering with excess inventory – the very opposite problem to the supply shortages we’ve become accustomed to hearing about in recent times – and the chip giant will likely cede further territory in the PC arena to AMD.

Richard reckons that AMD will be taking a whole percentage point of PC market share from Intel every quarter, and obviously selling more CPUs to hardware makers as a result.

As we know, AMD has already made massive gains in terms of desktop processors, but the real kicker for Intel is that the new Ryzen 4000 mobile CPUs are looking like extremely hot property right now.

These new Ryzen chips for laptops look to be seriously impressive powerhouses, and have been receiving a great deal of critical acclaim of late. In short, they are set to challenge Intel just as adeptly as Ryzen 3rd-gen has done on the desktop, and that’s a big, big problem for Intel.

Mobile chips – which represent the majority of CPU sales – is where Intel has previously dominated, but if AMD is going to start gaining serious momentum, potentially beginning to take over in that space, well, you can’t really underestimate how much damage that could do to Intel’s business going forward.

And when combined with the other market forces at play this year due to lockdowns and broader disruption relating to the outbreak of Covid-19, it’s easy enough to see where Gus Richard is coming from on this.

We’ve asked Intel for a comment on Richard’s predictions, and will update this story if the chip giant gets back to us. 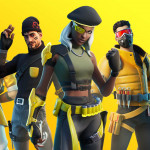 'Fortnite' gets a bullet-stopping 'Kingsman' umbrella 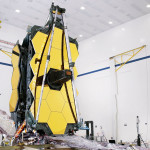 Don't miss a deal at EE Mobile
Best offers at Turbo Tax
Discounts, Sales and Deals at Virgin Media
Save your money with Vodafone UK
Online-Shopping with Sky
Best products at Argos