Design-wise, the updated 27-inch UltraFine 5K Display (model 27MD5KL) looks similar to the monitor that was launched back in 2016. There is support for both Thunderbolt 3 and USB Type-C ports. The monitor also offers 94 watts of power, which means it can be used to charge a Mac machine or iPad.

LG has provided built-in camera, microphone, and stereo speakers on its latest UltraFine 5K Display. Further, it has adjustable height and tilt.

Users on macOS Mojave 10.14.6 and iOS 12.4 can use the Touch Bar or the keyboard of MacBook Pro to control the brightness and volume on the UltraFine 5K Display. The monitor also has an ambient light sensor to automatically adjust brightness levels.

LG says the UltraFine 5K Display is an “ideal companion” for the latest MacBook, Mac desktops, and iPad Pro. The monitor can be used to configure a Mac workstation with video, audio and data transfer through a single cable, the company notes.

In addition to the updated UltraFine 5K Display, LG has brought the UltraFine 4K Display (model 24MD4KL) that features a 23.7-inch screen, which is ten percent larger in size over the previous version that had a 21.5-inch screen. The new monitor has P3 wide colour gamut and 500-nit brightness. Further, there are Thunderbolt 3 ports that can be used to connect two 4K displays in series. 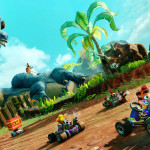 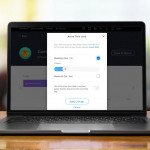 Don't miss a deal at Farfetch
Best offers at Microsoft Store
Discounts, Sales and Deals at Bodybuilding
Save your money with Newegg
Online-Shopping with H&R Block
Best products at EBay DE