Xiaomi’s range of televisions has seen some success in the company’s two key markets of China and India, with the current Mi TV 4 series selling in big numbers in the two countries. The company is all set to reveal its Mi TV 5 series, the next generation range from the company, on November 5 in Xiaomi’s home market of China. Ahead of the launch, the company has taken to Chinese social network Weibo to reveal some details of the television series.

According to a post on Weibo from the company’s official Mi TV account, the new TV range is expected to come with a four-unit speaker. The post describes the setup as having a woofer and full range speaker each in the left and right channels, promising better bass, finer treble, and a wide sound field. Apart from this, the TV is said to support various Dolby and DTS audio formats.

More details were also revealed through a second post which describes the design of the new television series. The Mi TV 5 range is said to come with a slimmer frame that is 47 percent thinner than that of the Mi TV 4. This gives the televisions a better screen-to-body ratio and tighter corners. The metal body and back plate are slimmer, with the thickness going as low as 5.9mm.

The company has been releasing some details about the televisions ahead of the launch. However, with the launch now just a day away, only the final product and its pricing details truly remain to be seen. The series is said to be launching with the Amlogic T972 processor, along with 4GB of RAM and 64GB of internal storage – unusually high for the television segment. That aside, HDR10+ and MEMC support have also been touted.

The company recently recorded big sales numbers in India for the Diwali festive season, claiming to have sold over 500,000 Mi TV units in a period of 24 days across all channels. The Mi TV 5 series is also expected to launch in India at a later date, with the November 5 launch limited to China. 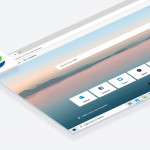 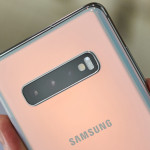 Don't miss a deal at Argos
Best offers at Udemy
Discounts, Sales and Deals at Nike DE
Save your money with H&R Block
Online-Shopping with Myprotein
Best products at Marks and Spencer