Goodbye Windows 10 update KB4559309, we hardly knew ye. After less than two months, in which the Windows 10 update managed to annoy many users by seemingly slowing down their devices, Microsoft has now unceremoniously killed off the update.

As Windows Latest reports, the Windows 10 update KB4559309 update was supposed to replace the old Edge web browser with the new and improved Chromium-based Edge web browser. However, many users reported that after installing the update, their PCs began to perform poorly, while Windows 10 also booted slowly.

To make matters worse, KB4559309 is an automatic update, which meant users didn’t have a say in whether or not Windows 10 should download and install it.

After receiving numerous complaints about the update, Microsoft has now pulled the update, and replaced it with KB4576754, which so far seems to be working as intended. This is once again an automatic update, and will change the old version of Edge to the new, and we think better, version.

While we’re somewhat dismayed to see yet another problematic Windows 10 update, we’re at least glad that Microsoft has been quick to fix this issue. 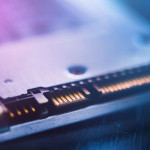 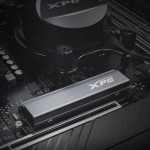 Don't miss a deal at Carphone Warehouse
Best offers at Currys
Discounts, Sales and Deals at Groupon
Save your money with Vimeo
Online-Shopping with Newegg
Best products at Ancestry