Microsoft today launched the enterprise-focused Lumia 650 Dual SIM in India. Goes on sale with a price tag of Rs 15,299.

After announcing the Lumia 650 earlier this year, Microsoft has today launched the smartphone in India. The enterprise-focused smartphone is priced at Rs 15,299 and has gone on sale in two color variants — matte black and matte white. The company has launched the dual-SIM variant today, and says that it is aimed at those who “seek harmony in their work and personal lives.”

The Microsoft Lumia 650 Dual SIM is focused at the enterprise segment, and is preloaded with Microsoft’s business applications including Office 365, Cortana, as well as third-party apps like Uber. Microsoft also includes the option for the IT team to test the latest Windows 10 Mobile updates against critical line of business systems and apps, before release.

While it runs on Windows 10 Mobile, there’s no support for features like Windows Hello or Continuum. Windows Hello is essentially aimed at eliminating the need for passwords that lets users unlock the device by scanning their face, iris or fingerprint. Continuum, on the other hand, lets you use your smartphone as a PC by connecting it to a desktop monitor, mouse and keyboard.

Microsoft Lumia 650 Dual SIM specifications, features: The smartphone flaunts a 5-inch HD (1280×720 pixels) AMOLED ClearBlack display with 297ppi and Corning’s Gorilla Glass 3 protection. It is powered by a 1.3GHz Qualcomm Snapdragon 212 quad-core processor paired with 1GB of RAM, and offers 16GB internal storage, which can be further expanded up to 200GB using a microSD card.

On the photography front, it comes with an 8-megapixel f/2.2 rear camera with 2x digital zoom and LED flash, while up front there is a 5-megapixel f/2.2 wide angle selfie camera. The Lumia 650 also features a 2,000mAh battery that Microsoft says is good enough for up to 16 hours of talktime and up to 26 days on standby mode. Connectivity options include 4G LTE support, Bluetooth 4.1, NFC and Wi-Fi 802.11 b/g/n.

At Rs 15,299, Microsoft has launched the Lumia 650 Dual SIM in a highly competitive segment. Buyers also have an option to choose Android smartphones like the Lenovo Vibe S1, Samsung Galaxy J7, Xiaomi Mi 4, and the Motorola Moto X Play to name a few. 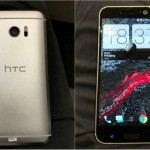 HTC teases camera experience on HTC 10, ahead of April 12 launch

Don't miss a deal at Vodafone UK
Best offers at Intuit Small Business
Discounts, Sales and Deals at Brian Tracy
Save your money with O2 Mobile
Online-Shopping with Farfetch
Best products at Adobe