Home » Phones » Nokia X71 With Hole-Punch Display to Launch on April 2; Might Debut Globally as Nokia 8.1 Plus
0

Nokia X71 With Hole-Punch Display to Launch on April 2; Might Debut Globally as Nokia 8.1 Plus

HMD Global’s press invite for the Nokia X71’s launch event reveals that it will pack a 48-megapixel primary rear camera and a secondary lens with 120-degree Field of View (FoV) for taking wide-angle photos. But the standout feature of the Nokia X71 will be the full-screen display with a hole-punch for housing the front camera, just like the Samsung Galaxy S10. The Nokia X71 is expected to be the first smartphone from HMD Global to feature a hole-punch display. HMD Global will also bring the penta rear camera-toting Nokia 9 PureView to the event, marking its official debut in Taiwan. The company’s launch invite for the Nokia X71 was shared by Taiwan-based Sogi.

Earlier this year, alleged press renders and a 360-degree video of the Nokia 8.1 Plus surfaced online, revealing a hole-punch display and dual rear cameras. The display will reportedly be 6.2-inches in size, but there is no concrete information on the resolution or aspect ratio. The Nokia 8.1 Plus is tipped to sport a familiar glass design with a metallic rim running around the edges. It will reportedly be powered by the Snapdragon 710 SoC, but there is no word on the rest of the specifications as of now. 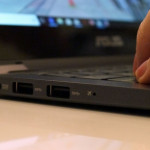 Over a million Asus laptops could have been hacked 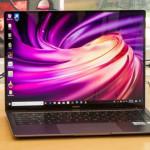 Don't miss a deal at Argos
Best offers at Currys
Discounts, Sales and Deals at Virgin Media
Save your money with Ticketmaster UK
Online-Shopping with Boohoo
Best products at Marks and Spencer