At this point it doesn’t seem like there will be many surprises coming from the OnePlus 7 range, as not only has it extensively leaked but even the company itself has revealed a number of details. Now there’s yet another leak, one that details the specs of both the OnePlus 7 and OnePlus 7 Pro, and it suggests the 7 Pro might not be the better phone in all ways.

So in other words, the OnePlus 7 Pro apparently has a larger, sharper screen, which is likely to drain more juice, yet the battery is listed at a lower capacity, so it might not last as long between charges.

Aside from the price that might be the only reason not to choose the Pro model though, as everything else looks the same or better on that version.

We would of course take all of this information with a pinch of salt. It’s not clear where AndroidPure got it from, and bits of it are at odds with what we’ve heard before – for example, an earlier leak puts the OnePlus 7’s screen at 6.4 inches and the battery at 3,700mAh.

It’s mostly in line with previous rumors though. And before long we’ll know what’s true and what’s not, as the range is landing on May 14. 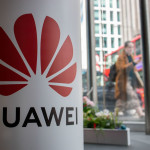 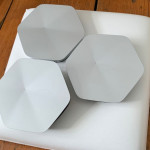 Don't miss a deal at Turbo Tax
Best offers at John Lewis
Discounts, Sales and Deals at Groupon
Save your money with Ancestry
Online-Shopping with Boohoo
Best products at Virgin Media