Microsoft is revealing the Xbox Series X’s games for the first time right now, during a special episode of Inside Xbox.

The Xbox Series X’s gameplay reveal is the first time we’re getting a look at next-gen games from either Microsoft or Sony, giving us a chance to see the powerful Xbox Series X specs in action.

We’re expecting Microsoft to announce a bunch of third-party Xbox Series X games, along with world premiere trailers and sneak peaks at some of the games.

In addition, Microsoft has said it will reveal more details on which of these games will utilize the next-gen console’s Smart Delivery feature. It’s shaping up to be an exciting reveal.

How to watch the Xbox Series X gameplay live stream

The live stream has started and we’ve embedded the stream below for you to watch.

It’s unlikely that we’ll hear more about Xbox Series X hardware during this stream, so we probably won’t get confirmation on the Xbox Series X price. In addition, while we’re hoping to see more of first-party games such as Hellblade 2 and Halo Infinite, that doesn’t look particularly likely either, as it seems this stream will focus primarily on third-party Xbox Series X games.

However, we do know that we’re also going to see Assassin’s Creed Valhalla in action later today, as it’s tied up in an exclusive marketing agreement with Microsoft.

The Xbox Series X gameplay reveal is only the start of Microsoft’s next-gen reveal plans. According to the company, this event will kick off Xbox 20/20, a stream which will take place each month throughout the rest of the year in the lead-up to the launch of the next-gen console. 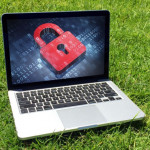 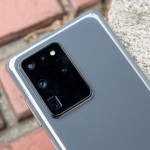 Samsung Galaxy S30 may be the best camera phone of 2021, according to leak

Don't miss a deal at Farfetch
Best offers at Surfdome
Discounts, Sales and Deals at Myprotein
Save your money with Ancestry
Online-Shopping with Groupon
Best products at Ticketmaster UK