If you play the popular online game called Words With Friends, you should probably change your password right now. A prolific hacker who goes by the name of ‘gnosticplayers’ claims to have stolen personal information of 218 million users of the app. The app is built by Zynga, a company famous for a bunch of popular interactive games including FarmVille, Draw Something, and OMGPOP. The hacker claims anyone who downloaded Word with Friends on both Android and iOS before September 2 is affected by the data breach.

Earlier last month, Zynga had revealed that some personal information of its users may have been accessed by ‘outside hackers’. However, the company did not reveal the exact extent of the damage or the number of players involved.

The Hacker News claims that the hacker confirmed to the publication about the data breach. Previously, the same hacker has been connected with two massive data dumps involving 747 million stolen accounts across 24 major websites and mobile apps.

Zynga boasts of over 1 billion users across all its popular online games such as FarmVille, Mafia Wars, Cafe World, and more. The company currently has a market capitalization of over $5 billion.

It’s still unclear how the hacker managed to gain access to the app’s data. The hacker ‘gnosticplayers’ was earlier linked to massive data breaches labelled as ‘the collections’ earlier in 2019 which involved personal data of more than a billion users across popular online services.

Those of you who have a Zynga account and use it to play any of the company’s games, it’s recommended that you change your login password as soon as possible. 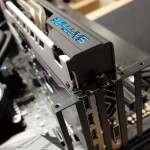 Could we see new graphics cards from both AMD and Nvidia in October? 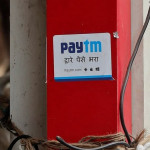 Don't miss a deal at Argos
Best offers at Adobe
Discounts, Sales and Deals at Microsoft Store
Save your money with The Home Depot
Online-Shopping with Farfetch
Best products at Vimeo